“Parkinson’s will not stop me!” – Ian’s story 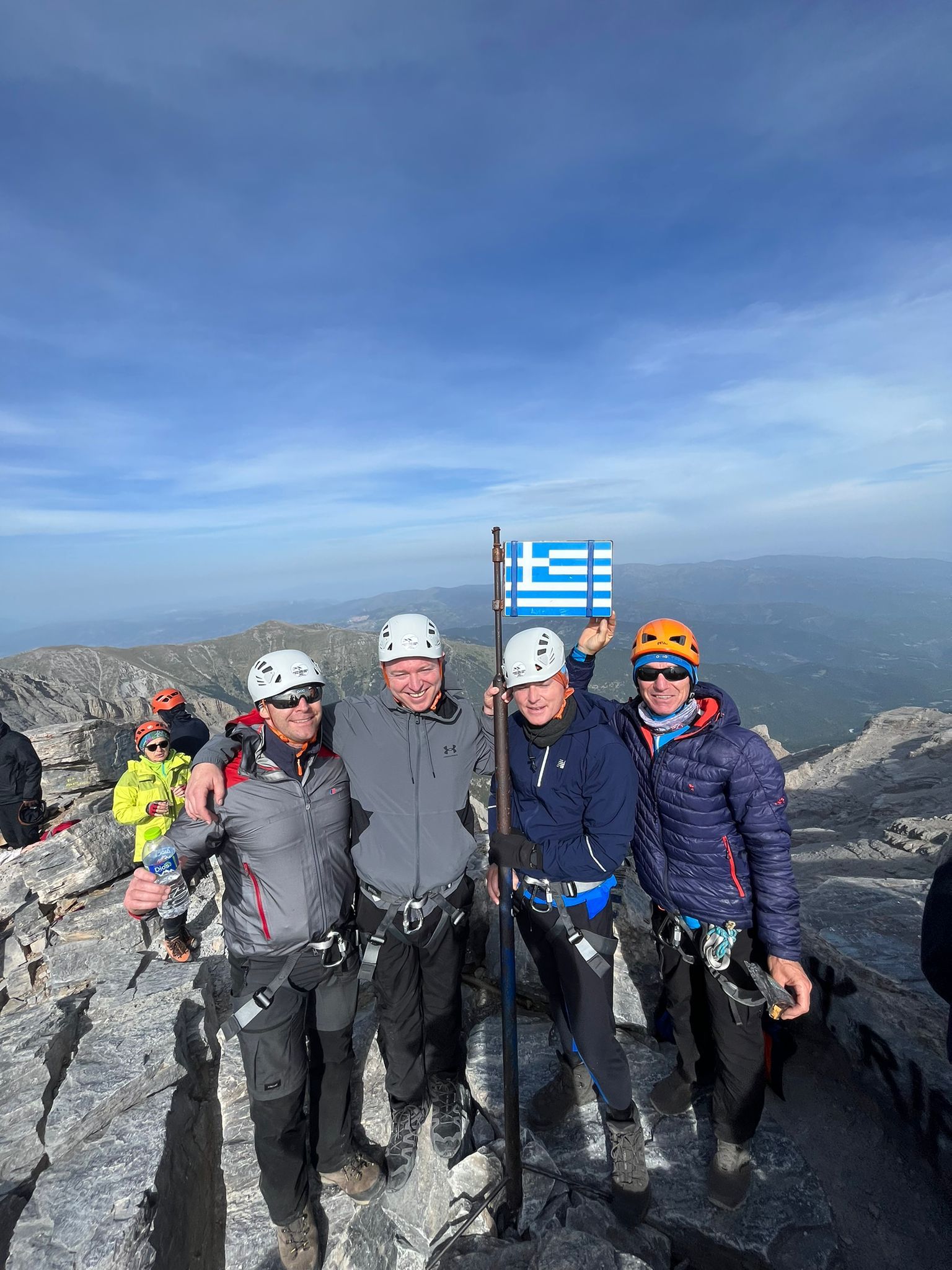 We all have our stories, all different in numerous ways, yet all circle around our common uniting unwanted friend, Parkinson’s.

For the purpose of this story, I want to share a piece of my diagnosis story with you. I broke my wrist a number of years ago. When I started having movement issues with my right arm I blamed the lingering effects of this break. A really good friend, Brian, is a physical therapist and I eventually asked him to assess it. He said there was no weakness and he couldn’t identify any reason for what I was experiencing. At the end of the treatment, as a passing comment, I said “It’s like my brain tells my hand to do something and it doesn’t!”.
My friend’s face changed but he smiled and said calmly that I was to ask my GP to refer me to a Neurologist, the rest is unfortunately a familiar story for us all.
I returned to Brian after my diagnosis to tell him the news and thank him for his professionalism. His reaction was not one I expected but one that has inspired me since “We’re going to climb Carrauntoohil together next week”. I had always enjoyed the outdoors and kept myself somewhat fit but had never considered mountain climbing. In the three years leading to my diagnosis I had lost a lot of weight, experienced regular bouts of fatigue, and suffered from anxiety and depression. Climbing Ireland’s highest mountain was certainly not on my bucket list but hey, I did and I enjoyed it, a lot!
There is something about reaching the top of a mountain that I simply cannot put into words. It’s an achievement and always inspires me. If I could get on top of Ireland’s highest mountain, I could get on top of my diagnosis. My passion for the mountains is the best medicine I take.

That passion took me to Greece last month. Mount Olympus, standing at 2918 meters, is Greece’s highest mountain and the home of the Greek gods. Scaling it would be a much bigger adventure than Carrauntoohil and certainly my highest climb yet. Who better to do it with than my brother, Mark, and my great friend and physical therapist, Brian Roche.

We flew early on Friday morning from Dublin to Thessaloniki, Greece’s second city. From there we rented a car and drove the two-hour drive to the beautiful village of Litochoro. We started our hike that afternoon from Prionia. We were against the clock and the sun! We had booked an overnight stay at the Spilios Agapitos Refuge and had to be checked in before 8 pm. Sunset was at a similar time. Just before we hit the trail, fatigue kicked in, I started having cold sweats and my legs felt like they had tripled in weight. I lay on the ground, closed my eyes, and relaxed with some self-meditation. Five minutes later, I was ready.

It took us just under three hours to reach the refuge, ascending over 1000m, through beautiful forests in humid conditions. The trail was busy in both directions with people from a variety of countries. The refuge was a welcome sight, a wonderful building perched on the edge of the mountain with views down through the valley to the Mediterranean sea. With beds for approximately 120 hikers, (in dormitory layout), good energy-restoring food, beer, and freezing cold showers, the place was a hive of activity until all lights out at 10 pm. The shelter gets all its supplies from donkeys that make daily trips along the trail we had just struggled up and uses solar power to run the facility. The staff was brilliant and all have a passion and respect for this mountain they call home for most of the year.
We woke before 6 am when the electricity is once again turned back on, and the voices of various languages murmur. We had breakfast, I took my medication, we met our guide for the day, laced our boots, and hit the trail in the dark. The majority of the refuge were waiting to view the sunrise with their morning coffee but our guide said we’d have a better view if we trekked 20mins up the trail. So, we did and were not disappointed. The sun rose from behind Mt. Athos across the Aegean Sea and the peninsulas of Halkidiki. A beautiful sight but no time to dwell and admire. We hiked on above the tree line. The wind picking up with each ascending step, making use of the walking poles more difficult yet at times vital to keep you upright from powerful gusts. This was strenuous. I found myself checking my watch to see what altitude we were at, in an almost “are we there yet?” scenario. Eventually, we reached Scala Peak after two and a half hours. This is where it gets interesting.

For me, living with Parkinson’s, I can hike. Yes, my arm might not swing, and I might limp occasionally, but I don’t stand out from the rest. Now, I had to harness up and be roped to my fellow climbers! Maybe, I hadn’t thought this through fully. My movements, or lack of, could now have consequences for others. I swallowed a Sinemet tablet like it would solve everything and started our slow scramble up and down the rocks to finally reach Mytikas, the name of Mount Olympus’s highest peak. For that hour of climbing, I did not once think of Parkinson’s. Concentration, my friend’s safety, the views and landscape, the stories of mythology, the falling rocks, it was a lot to take in. I wanted to soak it in and never forget it. Engrain it in my memory. While sitting on a rock after reaching the top, deep in my thoughts, someone handed me a journal and pen. A log of all who have made it to the top. I went to write and then Parkinson’s entered my thoughts for the first time in a while. I’m writing in this log and Parkinson’s isn’t going to stop me! What will I write? So, I wrote just that “Parkinson’s will not stop me!” and signed my name.

Six hours back down to the bottom. Even when fatigue kicked in, the smile on my face continued to touch both ears. I’d done it, along with two very important people in my life. They had done it too. Family and friends don’t see me with Parkinson’s, they just see me, so the achievement for them to reach the top was equal to my achievement.

Where next? I’ll be sure to let you know. It can be done, I’m doing it!