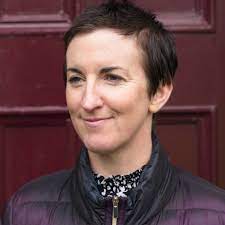 Brain repair for Parkinson’s: an update on our Michael J Fox Foundation project

Professor Eilís Dowd is originally from Carna in the Connemara Gaeltacht. She spent her childhood alternating between playing outdoors in the gorse, heather & rocks, and being confined to bed with severe asthma, struggling to breathe. Her interest in biology stemmed from a fascination with the profound impact her anti-asthma medications had on her quality of life, and this was encouraged by her mother who was herself a secondary school science teacher. As an undergraduate student studying for a BSc in Applied Biology, Eilís first learned how her inhalers actually produced their biological effects, and this cemented her love of pharmacology which she retains to the present day. By pure chance (that’s another story!), Eilís was offered a PhD position in Pharmacology at the University of Edinburgh, and this was the beginning of a 12 year period studying and working abroad – including at the University of Cambridge, McGill University and Cardiff University. Through a combination of hard work, good fortune and timing, Eilís was then offered a Lectureship in Pharmacology back in her home city of Galway in 2005 where she is now Professor in Pharmacology & Therapeutics. In NUI Galway, Eilís balances her role as a pharmacology teacher to undergraduate and postgraduate science and medical students, with her leadership of an active and dynamic Parkinson’s disease research team. Over the years, her research has been funded by the Wellcome Trust, the Michael J Fox Foundation for Parkinson’s Research, the European Union, Science Foundation Ireland, the Health Research Board and the Irish Research Council.  She has also served as President of Neuroscience Ireland, Ireland’s National Neuroscience Society, and President of NECTAR, the Network for European CNS Transplantation & Repair, while she currently sits on both the Executive Committee and the Governing Council of FENS, the Federation of European Neuroscience Societies.

To register for the event https://eopd.ie/index.php/brain-repair-for-parkinsons/

Thanks a million to Joan Cooney for choosing to fundraise for Eopd.ie on Facebook as part of her recent Birthday celebrations. Joan has been living with Parkinson’s for many years and is inspirational to us especially to those newly diagnosed. ... See MoreSee Less

Eopd.ie is delighted to welcome Prof. Eilis Dowd from NUI Galway who leads a Parkinson’s research team there. They are currently working on a stem cell project which is funded by Michael J Fox’s Foundation, and in this talk, Eilís will give us the latest update on this research, which is working towards repairing the brain affected by Parkinson's.
Please click on the link to register and you will receive the zoom link by email by return.
eopd.ie/index.php/brain-repair-for-parkinsons/ #research #parkinsons @michaeljfoxorg #eopdI #yopd ... See MoreSee Less

A big thank you to Warren Reilly who was the first person to fundraise for Eopd now set up on Facebook and Instagram. ... See MoreSee Less